Characterized by flat and covered boats, the water checkers are river transport boats for passengers. From an economic and commercial point of view, water checkers have always been an aid in the development of cities. Today, most of this inland waterway transport is used for tourist purposes, but this has not always been the case.

Before the 17th century, water checkers were the most used means for the transport of passengers and goods. Pulled by horses or with the help of a sail, the water checkers have evolved over the years with in particular the overturning, so that the boats do not encounter any obstacles at the level of the bridges.

Today, coaches travel between many cities and in many ports around the world such as Cap d'Agde, Rennes, Saumur, London, Amsterdam … They have also sometimes become very popular restaurants or unusual dwellings.

In Port Grimaud, from mid-February to mid-November, the tourist river visits allow to admire from the canals, the architecture of Monsieur Spoerry, master of work of the lake city. The tour lasts about 20 minutes from the Market Square. 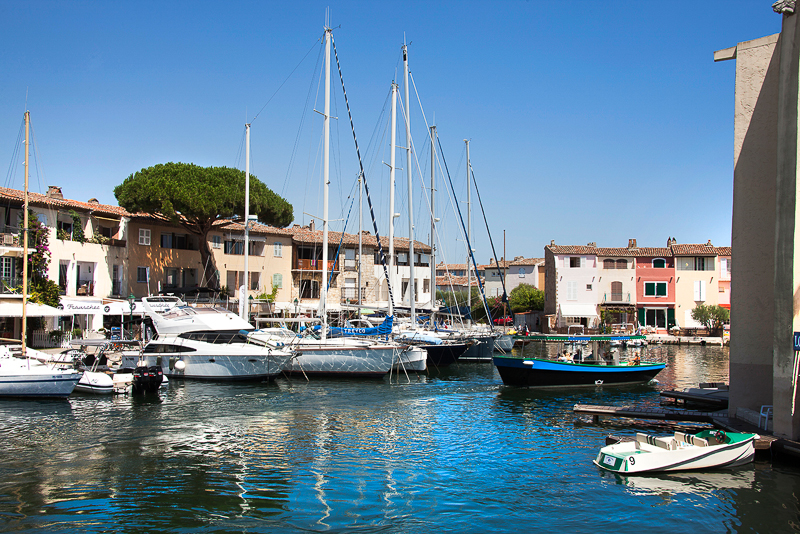 The residents of Port Grimaud benefit from a map allowing them to travel by water in Port Grimaud. There are about 20 stops throughout the city allowing residents to go to the market, bakery or beach using the canals. These regular circuits reserved for residents are practical and ecological.

Indeed, since 2011, the Port Grimaud water checkers are powered by a new and innovative technology. HPCO, which has been manufacturing and operating them since 1979, becomes the first company on the French Riviera to operate passenger boats powered by electricity:

This design allows a battery life of more than 20 hours. The batteries are recharged every night.

These new checkers are made of fiberglass and polyester resin. The old ones were made of marine laminated plywood and were slightly smaller with 48cm less in length and 20 cm less in width. It was the naval architect, Claude Graf, who created the first Coches d'eau in Port Grimaud.

These boats MADE IN France, have the particularity to embark the passengers by the bow (the front of the boat).

The company HPCO, also performs almost all the underwater work of the site. Unlicensed electric boats are also available for rent from early April to late October.

The protection policy of Port Grimaud, its unique environment and its sustainable development is therefore ensured with this means of transport sailing silently and more than 80% thanks to the sun.